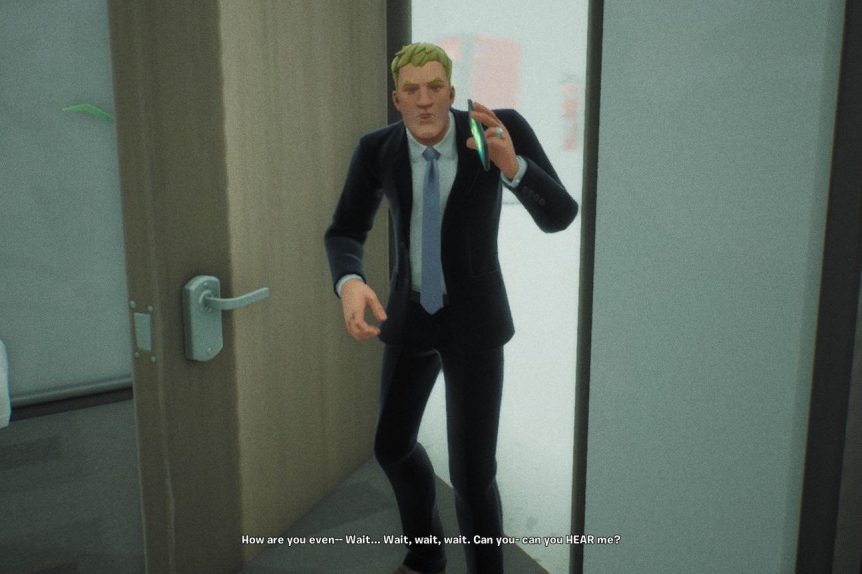 But not all players were able to get into Fortnite to witness the event.

The event reached capacity about 30 minutes before the event was scheduled and many players were forced to watch the event via a stream.

According to Fortnite’s Twitter, when 12 million players were in-game participation was capped for stability and 8.4 million more players watched live on Twitch and YouTube.

Fortnite plans to improve the system so that more players can experience events in-game as they push the edge of what live-events can be.

The Device event polarized much of the Fortnite community.

Some players were underwhelemd and saying it was the worst event so far.

And others thought it was epic.

Regardless of what you thought about the event and its execution, it was at least interesting.

But what does it all mean?

What happened during The Device event?

In case you were one of the many players that were unable to get into Fortnite to watch the event live, here’s a summary of what happened.

Once the countdown at The Agency hit 0, some tentacles began to sprout out of the water. Then, a large tower at the center of The Agency emerged.

The tower and tentacles connect with one another and start to fight against the storm as your character and others in the game float into the sky.

As the storm gets pushed further and further back, your screen fades to white and you’re sent to an office.

When in the office, you’re in a first-person perspective and you can see people walking around outside and talking.

This lasts only a brief moment, and you’re sent back to the usual Fortnite map.

Upon your return, the storm starts to get crazy as the device powers off.

The whole map turns a dark and ominous purple as lightning and rain fall from the sky.

The device regains power and starts to push back against the storm, this time with more ferocity.

It appears that the storm has been defeated and the whole map is revealed in beautiful colors.

Tranquil music plays and it seems as if the event is over.

The tentacles return to the water and the tower in the center return to where the agency and your screen fades to white again as you teleport to the same office.

You can clearly hear someone talking outside and they’re on the phone to someone.

“Must be connected to the loop, but there’s no way we could have predicted that it would react this way. At this–“

Fade to white again and you’re transported back to the map.

But this time, the whole map is surrounded by a huge wall of water and you can see sharks in the water as dramatic music plays.

One more fade to white.

You hear the same person talking on the phone, this time they sound a bit more relaxed.

“And that worked? How long do you think it will hold?”

“Good, good. Everything is, uh, starting to stabilize here. Nothing seems to be– …What the…?”

At this point, the person walks into the room. It’s Jonesy and he’s wearing a suit. He’s surprised to see you.

One more long fade to white and you’re transported back to the map. But this time you’re riding the battle bus over an enormous sea of water, with the Fortnite map at the centre.

The storm, it seems, has been replaced with water.

So what does this mean?

Other than the obvious map being surrounded by water, there’s a lot to digest from this event.

The most interesting thing about this event, in my opinion, was when your screen would fade to white and you were transported to the office.

The office looked almost like one you would see in the real world. And the way that the people outside were acting felt like they were outside of the actual game of Fortnite.

There were also some top secret folders on the desk with pictures of Midas, the Engineer, and Lynx.

Add to that the fact that you were in a first-person view for these events, these office sections had a very lifelike feel to them.

Is Fortnite a game within a game?

Players are in a frenzy and crafting their theories about what this all means. The most accepted theory is that Fortnite is a simulation, which could very well be true.

You can also dig into the dialogue a bit. At one point, John Jones mentions that this event “Must be connected to the loop.”

The loop is something that was mentioned in the Visitor tapes at the end of Season X.

Anyway, this was one of the strangest moments in a Fortnite event, and it suggests that there’s a larger story going on in the background.

I love that Fortnite has an underlying story because it makes it so much than just another battle royale game.

But what does this all mean?

Where is the story going to take us next?

All we know is that Fortnite Chapter 2 Season 3 is scheduled for release tomorrow.

I for one am super excited.

What do you think the events during The Device mean?

Comment your theories down below because I really want to hear them!