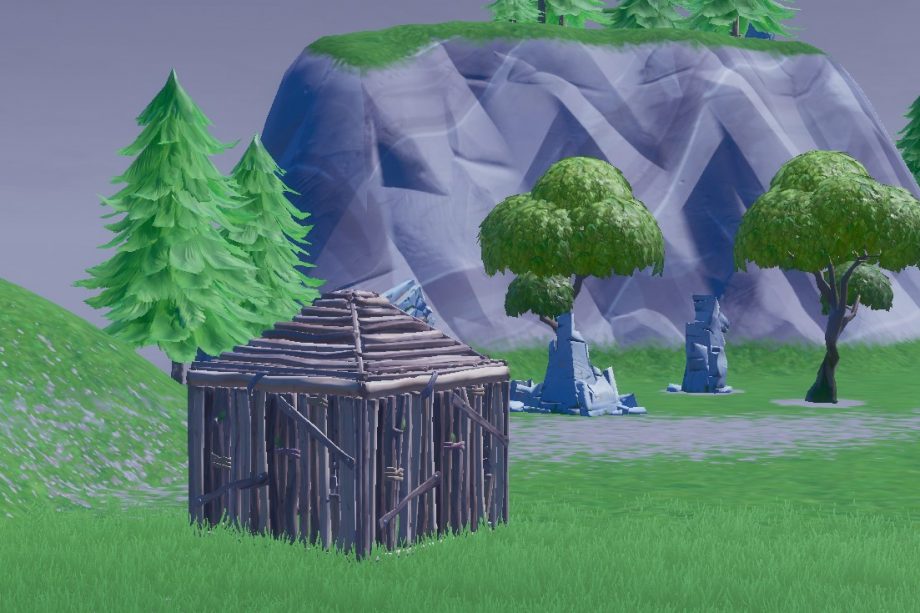 Box fighting is the meta in Fortnite.

And it’s always going to be that way because of how strong building and editing is.

So it’s important that you get good at box fighting if you want to succeed in Fortnite.

But how do you improve your box fighting?

In this post, you will find some actionable tips to help you improve your box fighting skills.

What is box fighting?

Just 4 walls around you and a roof above you for protection.

A box fight is when you and an enemy are fighting within a tile of one another and with both of you in a box.

Box fighting shouldn’t be confused with build fighting, although they are similar. The main difference is that box fights typically happen in a small and confined space.

Your goal when box fighting is, obviously, to kill your opponent.

This can be accomplished in a few different ways, which we’ll cover now.

When box fighting you always want to be trying to take control of the builds. In other words, you want every wall, floor, stairs, and roof to belong to you.

Why does this matter?

Well, when you own and control all the builds then you are in control of the fight. You get to choose where and when the edits take place. You dictate the pace of the fight.

And when your opponent is trapped in a box that belongs to you, then they have no way to counter you with builds. They’re helpless.

So you want to preemptively take control of the builds. What this means is that you should be thinking about where your opponent wants to move next and building there so you can cut off their escape.

When you watch Fortnite pros play, you’ll notice that they rarely get third partied when box fighting.

But I’m sure you’ve experienced box fights that go on endlessly with your opponents constantly escaping and running away.

Fortnite pro players do things differently to you. And they understand the importance of taking control of the builds in a box fight and they build in the direction they think the enemy is going to go.

When you take control of the roof, your opponent can’t edit out the top and take high ground on you.

When you take control of the walls, they can’t edit out in that direction.

And when you take control of everything your opponent is helpless and you can get the kill.

The art of mind games

The more advanced you get at box fighting, the more important psychology and mind games become.

You’re probably already aware of some of the things you can do when build fighting to confuse your opponent.

In other words, you show your opponent one thing, but you do something else.

Well, you can do similar things when box fighting. Here are some examples:

Look, you’ve got to put yourself in the mindset of your enemy. When you see your enemy take out their pickaxe, what would you do?

You are instinctively going to go for an edit play because you know they can’t shoot or get any damage off on you when they have their pickaxe out.

Now you can reverse engineer these sorts of things to your advantage to play mind games with your opponents and confuse them.

Because when your enemy is confused and you take them out of their comfort zone and usual rhythm they will not be able to play as they would like and you can get easier kills.

Your way of aiming can be defined in these two ways:

Of course, you want to be good at both your tracking and click-timing aim because you will be using both types of aim when you play Fortnite.

But box fighting consists almost exclusively of click-timing aim because you’re mostly going to be using your shotgun to do as much burst damage as possible.

So how do you train your click-timing aim?

Here are some example scenarios that are great for practicing your click-timing:

This is not an exhaustive list, of course, since there are literally hundreds of scenarios in Kovaak’s. Here’s my guide to Kovaak’s where I show you some of the best scenarios and example routines for improving your aim.

Unfortunately, Kovaak’s FPS Aim Trainer is only available to PC players. So if you play Fortnite using a console, or if you don’t want to pay the price to buy it on Steam, don’t worry. Because you have another option for training your click-timing aim and it’s free and you can do it right now.

Here are the best aim training maps in Fortnite Creative, which consist of 2 routines and 10 different scenarios.

When you play this you will train your aim in some interesting and unique ways that will help improve your aim when box fighting.

The reason you’re not as good as you could be at box fighting is likely because you haven’t had enough experience.

I know it sounds obvious, but the more you practice box fighting the better you’re going to get.

Listen, when you play Fortnite very little of your time is actually spent fighting, and even less time is spent box fighting. Because Fortnite is a battle royale you spend a lot of your time running around the map and looting.

So just playing Fortnite isn’t going to be enough to improve your box fighting skills. Instead, you’re going to want to get into Fortnite Creative and play maps that are specifically designed for practicing box fights.

What are some good box fighting maps?

Here are some box fight codes that you can try:

If you don’t have any friends to box fight with, don’t worry. The Fortnite community is massive and there are a bunch of places to find someone to play with.

For example, you can use the looking for group section of Fortnite Tracker or join a Discord server like the FNPL.

But it’s important that you look for players that are slightly better than you. This is where Fortnite Tracker can be useful because you can look up a player’s stats and compare them with your own.

If you play against someone worse than you, someone that you can easily beat every time, then you’re not going to improve. In fact, this could actually make you a worse player.

When you play against someone that’s better than you, you’re going to get pushed to compete at their level. So you can become a better player as a result.

Of course, you don’t want to play against someone that’s so far ahead of you that you get crushed every time. Because this will lead to you getting demotivated and giving up.

Ideally, you want to play against someone that can beat you as many times as you can tolerate. That could be 6, 7, or 8 times out of 10.

When you find players of this level you want to add them and keep playing with them until you can beat them more times than they can beat you. This can serve as your motivation to improve.

Do you do the same thing every box fight? The same techniques? The same edits?

Sure, what you’re doing may work some of the time. But it’s not going to work in every situation and against all sorts of players.

You see, Fortnite is very diverse and situational. So it’s important that you have a wide array of skills at your disposal and that you’re prepared for anything.

This is why it’s important to play box fighting maps because it encourages you to try new things.

And when you do the same things over and over again when box fighting against a particular opponent over a number of rounds, they’re going to adapt and learn how to counter you.

So you’re going to be forced to try new techniques.

Here are some wall edits you can try when box fighting:

Of course, I can’t tell you the best technique for every situation.

There are a bunch of useful edits you can do and as you increase your editing speed you’ll be able to surprise enemies and get more kills.

Box fighting is one of the most important things to get good at in Fortnite.

So it’s important that you hone your mechanical skills to be able to make the quick plays necessary to win a fight.

But even if your mechanical skills aren’t the best, you can get kills by outplaying your opponents by using the tricks and mind games mentioned in this post.

Moreover, you want to get your ping as low as possible when you box fight. Because when you have low ping you will have a higher chance of successfully replacing your opponent’s wall.

Of course, you want to have your keybinds optimized, as well. Because you’re going to need to have good control over your movement as well as your building, editing, and weapon keybinds in order to succeed at box fighting.

Also, it’s going to an advantage to increase your FPS in Fortnite because high FPS will enable you to see more information and allow everything to feel more fluid. And higher FPS has been proven to make you a better gamer.

Ultimately, it’s going to take a lot of practice if you want to become an expert at box fighting.

So what are you waiting for?