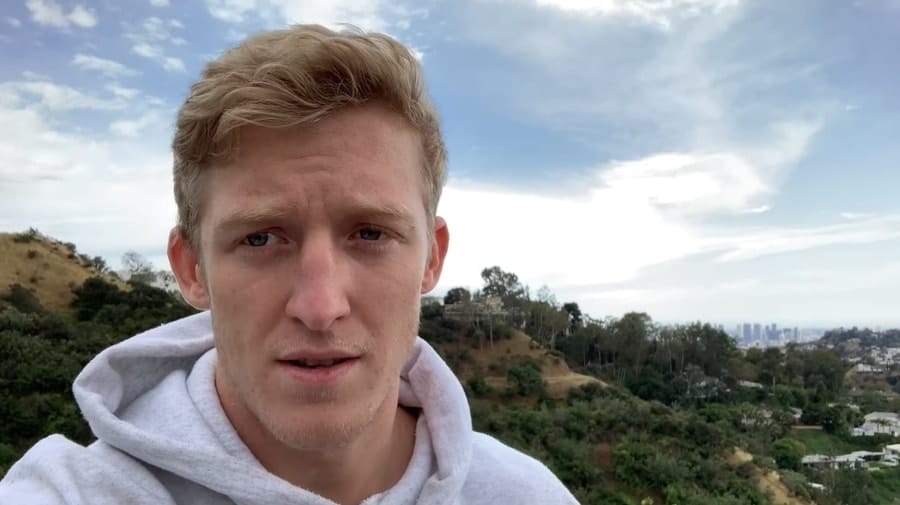 Shortly after, his growth exploded.

Here’s Tfue’s growth as a Google search time between March 2018 to May 2019 using Google Trends:

Where he saw his most success was on Twitch. Twitch is a streaming platform where gamers can earn millions of dollars playing Fortnite and other video games.

You earn money by receiving donations from your reviews and monthly payments from subscribers. Tfue has more than 30,000 subscribers on Twitch. He earns about $3 for each subscriber.

Therefore, Tfue could be earning up to $100,000 from playing Fortnite on Twitch. And that’s a month.

Here are Tfue’s numbers on other social media:

Then, in June 2019, Tfue takes legal action against FaZe Clan. And all hell broke loose.

He says he signed it because he was young and stupid.

The contract could be a violation of California’s Talent Agency Act.

Tfue has one of the best lawyers representing him in the lawsuit against FaZe Clan.

Here’s what’s happened next: Ricky Banks, the CEO of FaZe, releases a YouTube video saying he is very hurt for what Tfue has done. Banks saw him as a friend and family. He also claims that:

But Tfue said he has tried to get out of the contract for months. So that’s why, when Tfue made a response video, he started the trending hashtag #ReleaseTheContract

10 years ago, when I was 16 years old, I played Call of Duty at a competitive level. My dream was to play on the top team at the time. I don’t even remember the team’s name anymore.

But today it seems that the players are bigger than the organizations. Because they are able to grow a personal brand by streaming or other social media.

Well, that’s what I thought.

While the legal battle between Tfue and FaZe went on, Nick Kolcheff joins the organization. He goes by the online moniker: Nickmercs.

Nick is one of the biggest stars on Twitch and Fortnite. He is one of the few streamers who use a controller instead of a keyboard and mouse.

He said he joined FaZe Clan because he liked their loyalty and that he admired they have all been together since the beginning. Like a family.

So it seems, to me at least, that the players are getting different contracts and terms and conditions. Because, otherwise, why would Nick join FaZe Clan?

Should you join an eSports organization?

Listen. If your goal is to make a decent living by playing video games then I don’t think you should join a team. Unless, of course, your goal is to play professionally for a game that requires you to be a part of a team like League of Legends.

However, Fortnite is not like League of Legends because it is a Battle Royale. In other words, you can participate as a solo player.

Anyway, given all the drama that has happened you should, at the very least, carefully consider your decision to join an eSports organization.

Are you trying to build an online brand for yourself? Let me know in the comments and I’ll try to help you.