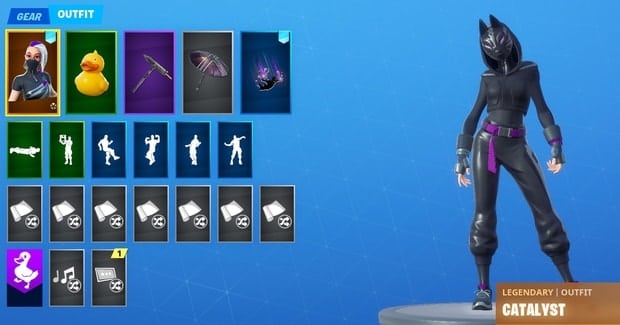 Catalyst is the first outfit you unlock in the Season X Battle Pass.

So if you bought the Battle Pass then you own Catalyst.

If not you can buy the Battle Pass for 950 V-bucks in-game today.

One of your Battle Pass challenges is to destroy 10 stop signs when using the Catalyst skin.

This is easy enough because you can find many stop signs at:

Basically, areas of the map where there are roads (otherwise there would be no stop signs). But the Season X Battle Pass brings all-new Prestige challenges to Fortnite.

So when you complete a set of regular challenges, you can Prestige them to unlock slightly harder versions. And unlock even more rewards.

The Prestige version for the destroy stop signs challenge is to destroy 7 in a single game. This is quite challenging.

But what if there was an easier way?

Listen up. In Team Rumble mode you play as a team of 50 vs another team of 50.

This is good for you because you spawn with 50 gliders redeploys. And you respawn if you die. So you have many chances to complete the destroy stop signs challenge.

Team Rumble is generally a great way to complete Battle Pass challenges and get to Tier 100.

Now, here’s the best way to complete the destroy 7 stop signs in a single game challenge:

And don’t even think about going to Lucky Landing, Snobby Shores, or Happy Hamlet. Yes, there are roads. But there aren’t any stop signs.

I hope this has helped you complete the Prestige challenge.

Now I’m going to explain more about the Catalyst skin.

Does Catalyst look familiar to you?

That’s because you’ve seen it before.

Or, at least, the male version before.

You see, Catalyst is the female version of the Drift skin from the Season 5 Battle Pass. You also unlocked Drift when you bought the Battle Pass.

Of course, the difference is gender.

There are some interesting new skins in the Season X Battle Pass.

Because we are revisiting old Battle Pass skins but in an alternate reality.

Instead of creating new and original skins.

What do you think is the biggest Bot skin?

And what is your favorite skin so far this reason?