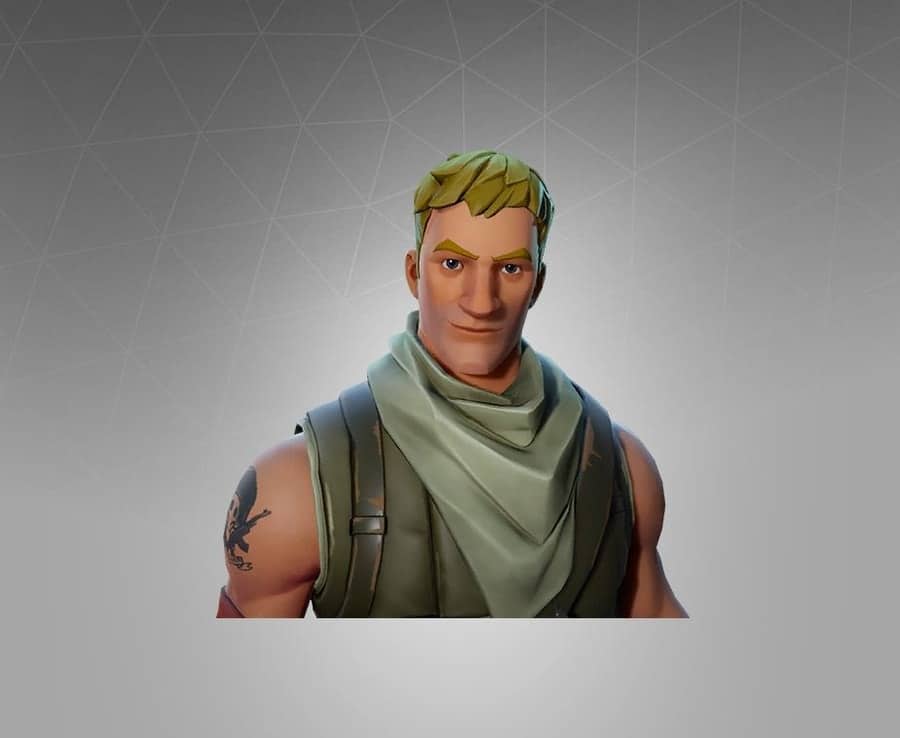 A default is the standard character in Fortnite.

There are 8 different defaults you can play is.

Here are the names of each one:

You can play as the default characters even when you own a skin. To do this go to your “locker” tab in Fortnite. Then select “outfit” and click the X in the top left.

But, you can’t select exactly who you play as—it’s random.

When you play as a default then players will assume you are bad, because you have no skin. So a default is also a word that describes a noob or a bot in Fortnite.

According to Epic Games, the creators of Fortnite, the technical name for a default is ‘recruit’. Since this is how they appear in the kill feed when you have Streamer Mode enabled.

The rise of fake defaults

What is a fake default in Fortnite?

A fake default is usually a good player trying to disguise themselves as a noob to trick an enemy.

Remember I told you that people will think you are a noob when you use the default skin? Yes, well you can use this psychological trick to your advantage.

The best example of a fake default is the Fortnite pro player and streamer Tfue. You see, until recently, Tfue didn’t own any skins. Because his main account got banned for breaking the rules (he was trying to buy accounts wth rare skins).

Tfue could still play Fortnite, but he had to make a new account. And he promised to never spend any money on skins. Since then Tfue has earned over $400,000 in prize money and has bought every skin in Fortnite.

Anyway, here’s the point I’m trying to make: Don’t judge a player by their skin.

Because it’s not a reliable indicator of skill.

Imagine every player in your game is better than you. This way, you will have something to learn from each and every encounter you have. Regardless of whether you win or lose.

The default dance in Fortnite

Yes, there is the default skin.

And there is also the default dance.

In Fortnite its name is this: Dance Moves.

There are two variations of the default dance. But the dance doesn’t change, only the music does. You cannot select which music players either because it’s random.

The default dance is from a 2006 episode of Scrubs. In the episode, Donald Faison dances to Poison by Bell Biv DeVoe.

The dance is now famous because of how popular Fortnite is. And the creator of the dance is not happy because they received no royalties or credit.

Another example of a famous Fortnite dance is the Floss. However, this did not originate from Fortnite. It is from an episode of SNL where the spotlight was stolen from Katy Perry by ‘Backpack Kid’.

Backpack Kid has expressed his disappointment for not receiving any money or credit for inspiring the Fortnite dance.

Here’s one more example. The Fresh dance in Fortnite is from The Fresh Prince of Bel-Air—another American sitcom. Alfonso Ribeiro created the dance (known as the Carlton Dance) and tried to sue Fortnite for using it without permission.

As a result, Fortnite no longer uses things from real life as inspiration for their emotes. Unless, of course, they are a part of a collaboration. Like with Marshmello, Avengers: Endgame and John Wick.

When you play Fortnite, you choose what skin you use.

Of course, unless you are a default.

In that case, you play as 1 of 8 possible characters.

There is nothing wrong with playing as a default. You see, skins in Fortnite are cosmetic only and grant no competitive advantage.

But people forget about this and assume a player with no skin is a noob. And you can use this to your advantage.