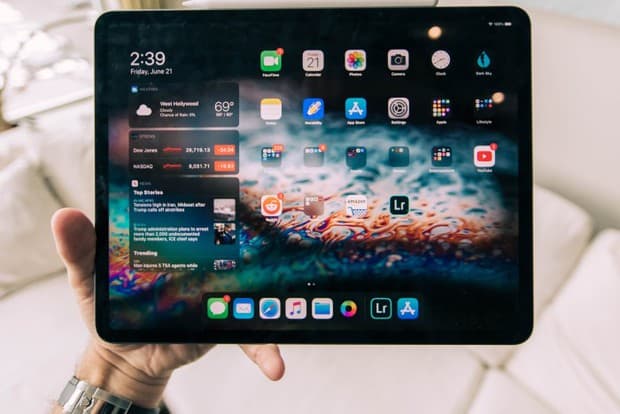 An iPad is more powerful than a console.

At least, in the case of Fortnite.

Because in one of the few patch note updates as of Chapter 2, Epic announced that the iPad Pro (2018 release) now supports 120 FPS.

Why is this important?

Look, your FPS matters a lot when playing fast-paced shooter games like Fortnite, and this shows the direction that games are heading.

In other words, developers are looking to push for more FPS and raw performance upgrades.

Also, this speaks volumes about how well optimized Fortnite is. Are there any other games that can play so well on an iPad or tablet?

Consoles that are literally made for playing video games cannot even get close to the same performance as an iPad.

Obviously, it helps when developers give you the opportunity to optimize your settings in Fortnite to get the most FPS like you can with a PC.

It’s not apparent if this feature is going to be available to iOS devices.

But when you choose to play the 120 FPS mode, it will reduce your settings and make the game visually worse, which is a small sacrifice for a big increase in performance.

How much is an iPad pro?

Depending on the model you buy the iPad Pro can cost over $800.

Look, the iPad isn’t the best platform for playing Fortnite because the inputs suck. Now you could plug in a controller or a keyboard and mouse, but who would do that?

Instead, you can get a PS4 or Xbox One that is perfectly capable of playing Fortnite for about $200. Of course, you’re only going to get 60 FPS, but for most casual players this is going to be fine.

Another option is to build your own PC for less than the price of an iPad Pro and get even more than 120 FPS.

Also, a PC will natively support a keyboard and mouse, which I believe is the best input device for playing Fortnite and could make you a better player if that’s your goal.

Anyway, if you’re looking for a new device to play Fortnite with, then I recommend getting a cheap console over a new iPad Pro.

Or, you could wait until the next generation of consoles which will also support 120 FPS in games.

Anyway, I think it’s great that the developers at Epic Games are making improving the performance of Fortnite across all devices a priority because it shows how seriously they’re taking the longevity of the game.

So it’s likely we’ll see Fortnite live on for a long time and not, in fact, dying as some players suspect.

Certainly, I’m not going to be playing Fortnite on an iPad because I use a PC. But how does this update affect you?