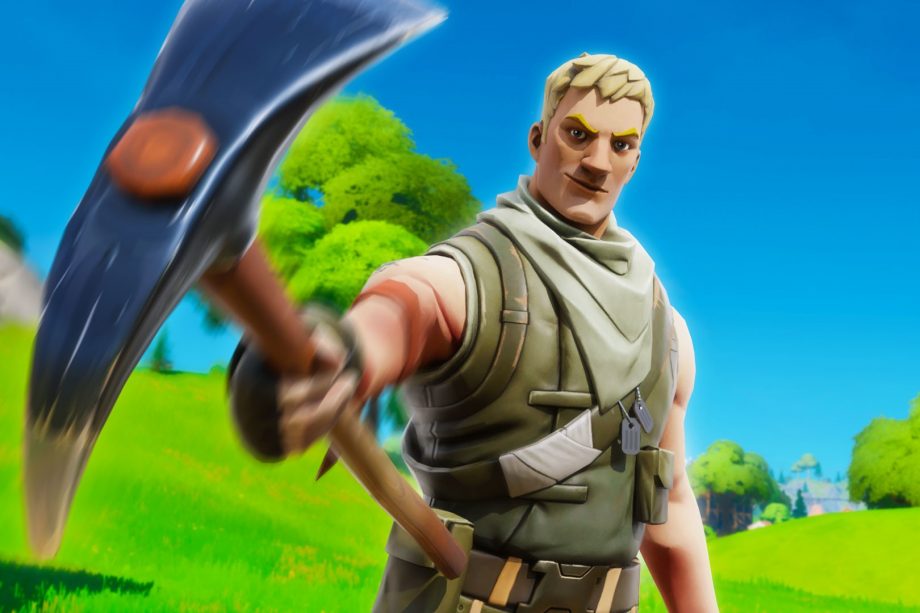 What is pickaxe swinging?

When you swing your pickaxe in Fortnite you’re signaling to players that you do not want to fight.

In other words, it’s a non-verbal agreement to not kill each other.

This is often in the best interest of each player because it means you can safely rotate into the next zone.

It’s simple game theory. Cooperating works out better for each player since it means you’re going to survive longer in the game for a chance to earn more points.

But in a recent signaling update, Epic Games spoke about competitive integrity and expanded on the collusion rule for competitive Fortnite.

Rules of collusion for competitive Fortnite 2020

Players may not work together to deceive or otherwise cheat other players during any match (“Collusion”). Examples of Collusion include the following:

Pickaxe swinging falls under the communication branch of collusion.

And as of the 20th January 2020, Epic will be taking action against any kind of in-game communication between opponents via signaling in official tournament matches. This includes, but is not limited to:

So if you’re signaling to players in your game then this could result in a teaming/collusion penalty.

Obviously, jumping is going to be a difficult thing for Epic to monitor because you naturally jump a lot in Fortnite when moving around the map so you’re more difficult to hit.

Epic Games wanted to clarify that they still support pacifism-style gameplay because it’s a legitimate strategy. But if signaling is involved then appropriate action will be taken.

So now Epic Games have clearly stated the rules for competitive Fortnite, and they’re looking to support the integrity of the game.

But some things are going to be difficult to monitor.

For example, players competing in solo tournaments that are friends or representing the same team are usually going to agree prior to the game to not land at the same spot as each other. So they have the best chance to make it to the end game and earn more points.

This is a direct violation of the planned movement section of the collusion ruling, which states than an agreement between 2 or more players to land at specific locations or move through the map will get penalized.

But how are they going to monitor for this?

Without secretly infiltrating every player’s Discord chat, it’s unlikely they’ll ever be able to find out.

You see, cheating is a serious problem for competitive Fortnite players. Because you can earn a lot of money from tournaments players have a real incentive to do anything to gain an advantage.

I can’t help but get reminded of the time when XXiF was banned from the Fortnite World Cup 2019 qualifiers for teaming and being fed kills.

Epic issued a 14-day competitive ban, so it meant the player missed 2 weeks of qualifiers. But he eventually ended up qualifying anyway when the ban was lifted.

Such a heinous form of cheating should not have been treated so lightly.

Pickaxe swinging, I think, is a much softer form of collusion and it’s a strategy that involves risks because you couldn’t really trust players to cooperate.

But now it’s banned and with the lack of mobility items in Fortnite Chapter 2, players are going to have to get more tactical when rotating.

What do you think about the decision Epic Games has made to ban pickaxe swinging?