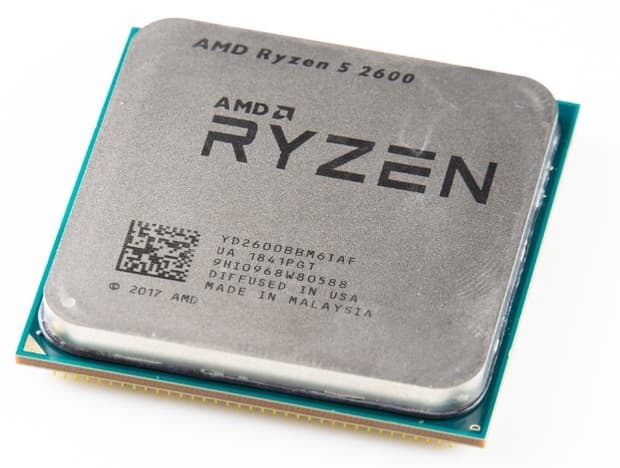 Fortnite likes CPUs with many cores

For many years, CPUs with more than 4 cores were wasted in gaming.

Games weren’t well optimized for CPUs with many cores because there wasn’t enough demand.

However, higher core count CPUs are much more common today as a result of becoming much more affordable (thanks to AMD).

And Fortnite is a game that is more CPU reliant than a lot of other games. That’s because of the building which can become quite abundant, especially in the late game.

So it’s not uncommon for processors with a low core count to have a high CPU usage in Fortnite, which bottlenecks the performance.

Moreover, in recent updates, Fortnite has seen improvements to its multithreaded rendering.

And they have even added an option for it in the in-game settings. That is if your CPU has enough cores and threads.

This means that CPUs with a lot of cores, like the Ryzen 5 2600, get used better.

With the load being spread more evenly across the cores for the best in-game performance.

Now, the i7-8700k is about 25% faster in gaming and in Fortnite. Because it has better clock speeds and better single-core performance.

And that’s not even factoring in the extra price of a cooler. Since this Intel CPU doesn’t include a stock cooler.

Or the extra price of a motherboard. Because the LGA1151 socket motherboards for Intel CPUs are usually more expensive than the AM4 ones for Ryzen CPUs.

You see, for me building a PC is a lot about getting the best bang for your buck. That means getting parts that provide great value.

The AMD Ryzen 5 2600 is one of the best value for money PC components right now.

And it’s only just being beat on value by the older and slower AMD Ryzen 5 1600.

Which is now a lot harder to get because they are no longer in production.

The trend in gaming right now suggests that more cores are becoming more important. So it would be wise to get a CPU with at least 6 cores to future proof your PC.

The Ryzen 5 2600 comes with the Wraith Stealth Cooler. Which is more than capable when you are at stock speeds while staying fairly quiet.

But if you are looking for a heavy overclock then you are going to want to get an aftermarket cooler that’s a bit better, such as the Arctic Freezer 33.

Moreover, AMD CPUs benefits the most from dual-channel high-speed RAM. So get that if it fits your budget.

This setup gets me consistent 144+ Frames Per Second (FPS) in Fortnite even in more intense situations. And that’s at stock speeds and no overclocks, too.

So, I’m very happy with the performance.