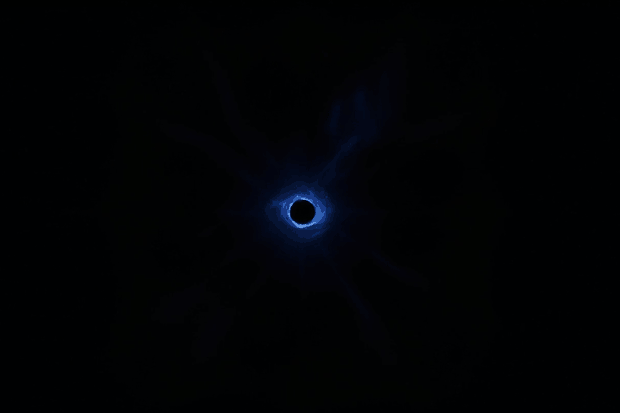 And like most seasons it ended with a live event.

During the live event, there were rockets, rifts and a giant meteor.

For those that missed the event, here’s a very brief explanation of what happened: The meteor crashed into the middle of loot lake and the entire map was sucked into a black hole.

I told you it would be brief.

Anyway, it’s been just over 24 hours since the event and Fortnite has effectively been “turned off”. The official Twitter page has deleted all its tweets and the picture is just the black hole.

And the Fortnite website has been replaced with a Twitch stream of the black hole that has been viewed by millions.

Earlier in the week rumours of Fortnite Chapter 2 began after a leak surfaced from the Italian iOS app.

Now, you may be wondering how much you can trust this leak. But since it’s come from the official iOS app, it’s safe to trust this one.

Plus this isn’t the first time Fortnite has accidentally ‘leaked’ something about the future of Fortnite. Think about it. Leaks build hype and get people talking.

And right now, everyone is talking about Fortnite.

Here’s what you can expect in Fortnite Chapter 2

A leak of the Fortnite Chapter 2 Season 1 Battle Pass has been leaked on Reddit.

This is what it shows for the next chapter of Fortnite:

It’s unclear how much of the core gameplay and mechanics are going to change. For instance, are we going to see the end of bloom based shooting?

But obviously Epic Games are looking to take things in a whole new direction.

One thing is for certain, though, and that’s you can expect a very large patch when Fortnite does return. I hope you have a fast internet connection.

How long will Fortnite be down for?

Typically, the downtime between seasons is a few hours.

But its been more than 24 hours since Fortnite was sucked into a black hole and no clear signs of when it would return.

If you were to ask me when it would have come back on after the event, I would have said roughly 24 hours.

Clearly they are preparing the game for a lot of changes. So Epic Games are needing to do some server maintenance during the downtime.

They definitely have a plan. And the longer they keep us waiting, the more hype will build and the more excited we will all be to play Fortnite.

We can only wait so long, however, before the hype fizzles out.

So Epic Games will need to be careful and time the return perfectly.

I would have loved to have been a fly on the wall when Epic Games were having a meeting for how to market Chapter 2.

“Let’s just turn the game off lol” probably wouldn’t work for most games.

But Fortnite isn’t most games.

In fact, I would say this is genius marketing/PR. For example, everyone is talking about this, from BBC to Forbes and pretty much all of Twitter. In other words, it’s free publicity for Fortnite.

And while we are anticipating the beginning of Chapter 2, it builds more excitement.

Listen, a lot of players have been complaining about the direction Fortnite is headed and even suggesting it’s dying.

And it looks like Epic Games are trying to prove something with this new patch.