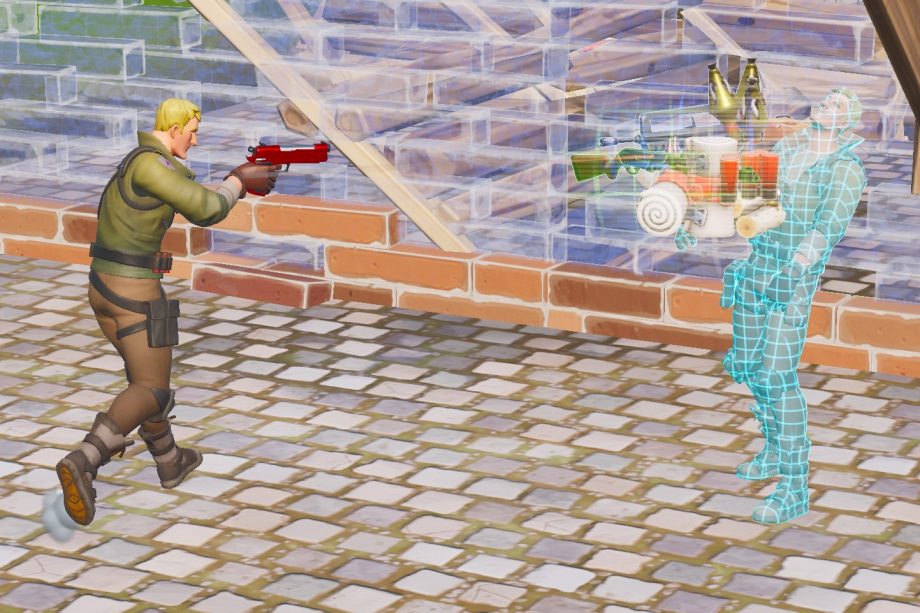 Yesterday I wrote my own version of the patch notes for Fortnite Chapter 2 Season 1.

Because Epic Games didn’t write any so we could figure out everything new ourselves.

And one of the biggest changes for Chapter 2 is the huge reduction of the loot pool.

You see, more than 25 items were put into the vault. And now you have less than 10 weapons to choose from.

In this post, I’m going to explain exactly why I think a reduction in weapon choice (and loot in general) is a good thing for Fortnite.

Simplicity is key for a successful competitive video game

My belief is that for a game to be a competitive success, then it must be very simple at its core. Let me explain.

First, let’s look at chess. As you know, chess is a simple board game where players take turns moving pieces in certain ways. And the goal of chess is to checkmate your opponent’s king.

Super simple. Yet humans have been playing chess for over 1000 years. And it looks like there’s no limit to how skilled a player can get at chess because there are literally billions of possible combinations.

Now for video games. Let’s take a quick look at League of Legends.

League of Legends is a team-based strategy game where two teams of 5 compete and the goal is to destroy the enemy team’s base (nexus).

Again, it’s simple. But again League of Legends gets immensely deep and that’s why its one of the most successful competitive games of all time.

One more example. This time another video game, but one that’s closer to Fortnite. A shooter called Counter-Strike.

Counter-Strike is the very definition of a competitive shooter and its been popular for well over a decade. Are you wondering why?

Well, because it’s simple, of course.

Counter-Strike is a team-based first-person shooter (FPS) where two teams compete in multiple rounds with the goal of winning the most rounds.

The game gets more complex as you look deeper into the game. And again this core simplicity combined with a deeper complexity is the key to its success at a competitive level.

Are you starting to see a pattern?

Fortnite is a complicated game

Fortnite has a reputation for being a ‘kids game’. And perhaps it deserves that reputation because of the cartoon graphics and the younger demographic.

But make no mistake, Fortnite is an immensely complicated and deep game. It’s even more complicated than any of the games previously mentioned.

And Fortnite has the highest skill ceiling of any video game I’ve ever played. Which is why we’re seeing so many young mechanical Gods surface as a result.

Of course, at its core, Fortnite Battle Royale is a simple game.

You can condense it down to a single sentence: 100 players drop from a bus onto a map and fight it out with the goal to be the last one standing.

Simple enough. The problem surfaces when you actually dig in and play Fortnite. Then you see things aren’t really all that simple.

First, you have building and editing which is complicated enough to warrant an entire post itself. Then you have all the little mechanical nuances and deep game knowledge required for success (that I’m not going to go into detail about here).

Then you have all the different loot. You know, the weapons, healing items, traps and so on (that I am going to go into some detail about).

All these items have different rarities (Uncommon, Common, Rare, Epic and Legendary) which adds to the complexity.

Especially when some weapons would start at Common rarity and only go up to Rare. Why? It’s so confusing, especially for new players.

And then you need to consider how items get changed and swapped in and out from patch to patch. So it’s enough to confuse even experienced players that play Fortnite regularly.

For example, at one point in Season X, we had 4 different shotguns:

Really? Why would a game ever need 4 different shotguns?

Fortunately, in Chapter 2, Fortnite appears to be taking a different approach in regards to weapons and loot.

One of the biggest pain points Fortnite has to deal with and that could be preventing the game from becoming a competitive success is the inherent randomness.

But now the loot pool in Fortnite has been dramatically reduced. Just take a look at this visual representation of the current loot pool, courtesy of Reddit user FaZeNiccorazi.

As you can see, not only has the number of weapons been reduced but now all weapons scale from Uncommon to Legendary.

So no longer will you need to think too long or hard about whether or not to change or upgrade your weapon. Instead, your upgrade path is more clear and intuitive.

You can also upgrade your weapons using some of your material, which is an interesting new mechanic and enables you to get to your ideal loadout in a unique way.

I expect that as a result of the reduction in weapons player’s ideal loadouts will differ less, so fights will be more evenly matched.

From the above photo, you’ll notice a reduction in the number of healing items, traps, vehicles, etc.

I’m not trying to say the current loot pool in Fortnite is perfect.

And I think there some items were vaulted when they really shouldn’t have been.

For example, I think launch pads should still be in the game. Because they are a core mobility item in Fortnite and allow for interesting ways to rotate, particularly for end game zones.

And then there are the healing items such as Slurp Juices and Chug Jugs that added Epic and Legendary ways to get health and shield.

But in regards to the weapon pool, I think Fortnite is going in the right direction. Getting rid of a lot of unnecessary items and making the rarity of each weapon scale from Uncommon to Legendary makes a lot of sense.

And even if the current loot pool isn’t perfect right now, there’s always the opportunity to make adjustments as the season progresses. It’s still very early days, of course.

Let’s hope Fortnite continues to refine things in a positive direction. So all players (from new to experienced and competitive) can prosper as a result.

What do you think of the stripped-down loot pool in Fortnite Chapter 2?