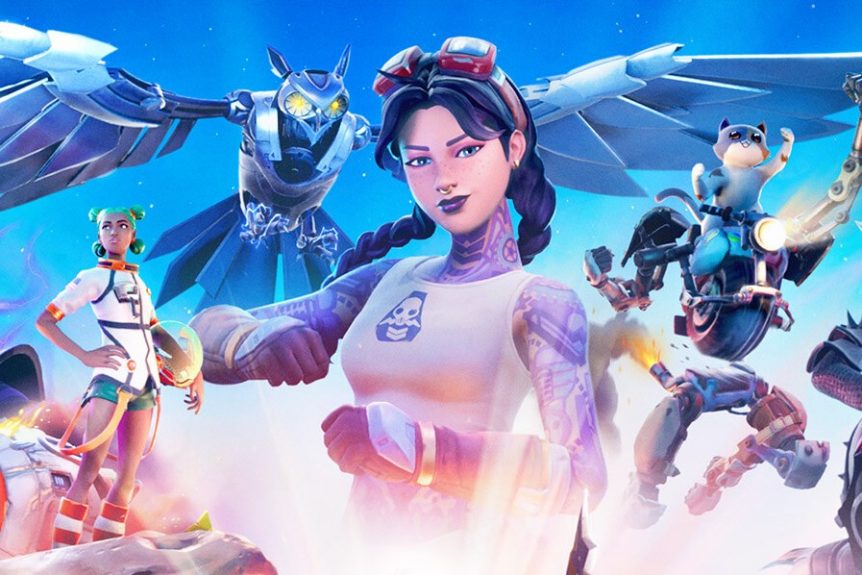 Fortnite is continuing to send emails to certain users with patch notes for updates.

But the patch notes are short and don’t go into much detail.

Below I will show you the patch notes that Fortnite sent, and then we’ll go into more detail about the changes in the v13.20 update.

The patch notes from Fortnite for the v13.20 update

We’ve added some new flare to your arsenal.

Easier access to upgrading and sidegrading is on the way.

LTMs arrive this week for Season 3. We’re starting with some fan favorites.

A mighty arrival is coming to Item Shop this week. Stay tuned.

In v13.20, the damage of each submachine gun has been reduced by 1.

So here are the new damage values for each submachine gun:

The fire rate was also reduced from 12 to 10 for common to rare submachine guns.

This base damage and fire rate reduction along with the headshot multiplier decreasing from 2.0x to 1.75x at the start of Chapter 2 Season 3 means that the DPS of submachine guns is much lower in v13.20.

In other words, submachine guns are now significantly weaker in this latest Fortnite update.

This may result in more players using shotguns again, which leads us to the next change.

The charge shotgun has polarized the Fortnite community with many players liking it and others hating it.

One of the most difficult things with the charge shotgun was managing the low magazine size, so the increase from 3 to 4 should help.

Also, a quality of life change was added so there’s now a bar indicator above the crosshair when using the charge shotgun to indicate the level of charge.

The Marauders that were introduced in Fortnite Chapter 2 Season 3 have had changes to what they drop in v13.20:

Also, the chances of getting certain items have been tweaked to the following:

These are definitely buffs to the loot from Marauders and improves the utility of killing them.

The reason why the percentages don’t add up to 100% is that there are different types of Marauders.

As you know, you can upgrade or sidegrade your weapons at an upgrade bench by exchanging your material.

In v13.20, you can get an upgrade bench from chests so you can deploy your own workbench to allow for easier upgrading and sidegrading.

You may have noticed that the colors were changed in Fortnite Chapter 2 Season 3 and that it’s harder to see in the night time unless you use these settings.

Now in v13.20, there have been changes to the storm colors and your screen will be purple when in the storm.

your screen is purple in the zone now pic.twitter.com/zZWdtkq4c3

In the patch notes that were sent, Fortnite mentioned that “a mighty arrival is coming to Item Shop this week.”

Fortnite leakers have revealed the skins that are being introduced in v13.20.

One of the skins is “Dad Bod Jonesy” and I think this is a reference to when Thor got fat in Avengers: Endgame.

Clearly, there are similarities and it seems to link with the “A Hero Arrives” teaser in the patch notes.

According to the official Fortnite Trello board, the following known issues are addressed by v13.20:

The v13.20 update has brought some notable changes to Fortnite.

For example, the nerf to submachine guns and improvements to the charge shotgun could change the weapon meta.

And the color changes when in the storm is going to discourage anyone from getting caught in the storm because it is increasingly difficult to fight against enemies.

Hopefully I have covered all of the major changes in this update, but if there’s anything that I’ve missed please let me know in the comments below.