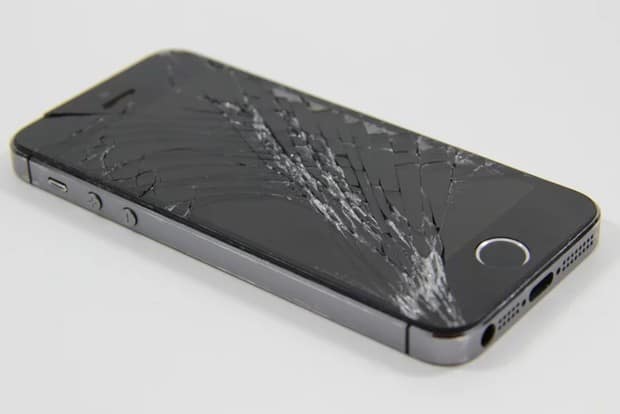 Cracked is a confusing phrase.

Because it has 3 very different meanings.

Of course, having 3 different definitions of the same word is complicated.

In this post, I want to clarify the exact meaning of the word cracked, in each possible context.

So you can be more informed and know how to accurately use this word when communicating with your team in Fortnite.

The most common way cracked is used is to describe a player that’s very good at Fortnite.

So if you see a player that builds and edits super fast, then you could say they’re cracked.

In other words, cracked is the opposite of a noob.

When you damage someone in Fortnite, you will see a hit marker. And that hit marker could be either blue or white.

The color depends on the status of your enemy:

When you’ve broken an enemies shield, you will hear a “cracking” sound. And there will be a visual cue, so you can actually see the shield breaking.

You will want to let your team know when you’ve broken an enemy’s shield. Because it’s useful information and they can feel more confident to push for the elimination.

Of course, you’ll need to choose your words carefully.

As you know, cracked also means a player that’s very good at Fortnite. So if you say a player is cracked, when you have broken their shield, this could confuse your team.

What should you say instead?

Well, it would be best to clearly state that you’ve cracked the player’s shield, so there’s no chance of any confusion.

Using cracked to describe an account is the least common use for the word. But it’s worth mentioning anyway since I want this to cover everything.

Listen, a cracked account is one that has been hacked or stolen. You should avoid using or buying anything from an account that you know or suspect to be cracked because it could get you banned or put your security at risk.

As you know, Fortnite Battle Royale is a free to play game. So why would someone want a cracked account? What is there to gain?

Look, you can buy things from the Fortnite item shop using V-Bucks. And you can buy V-Bucks with real-life money, however, there are some legit ways you can get V-Bucks for free.

When browsing the internet, you could come across websites or offers that claim they’re able to generate free V-Bucks.

This is not possible.

To protect your account you should enable Two-Factor Authentication (2FA) so you have an extra layer of security.

You should also be aware of phishing attacks, which are designed to get you to enter your username and password on an unsafe site that looks legit.

Be vigilant, pay attention to the URL of the links, and only enter your details on the official Epic Games website.

And never, ever buy an account that you suspect could be cracked.

Other uses of cracked throughout Fortnite

So we have gone through the main uses for the word cracked.

But this post would not be truly exhaustive without a brief history lesson. Read on.

Listen, Fortnite is only a few years old, so it’s relatively new.

But Fortnite has gone through a lot of changes because it gets updated so frequently.

So there have been many times where things have been in the game that cracked could be used to describe them.

For example, back in July 2018, it was Fortnite Season 4, and there was a live event featuring a rocket. Basically, what happened was the rocket was launched and aiming for Tilted Towers.

But then it went through a rift that altered its trajectory. Eventually, the rocket ended up crashing into the sky and leaving a huge gaping “crack” in the sky.

Also, back in Seasons 8 and 9, there were Ballers in Fortnite. These were a mobility item that made rotations much easier and safer. When you shot at a Baller, the vehicle could “crack” to indicate it had low health.

Cracked is another example of the ever-changing and forever expanding world of linguistics in gaming in general and Fortnite in particular.

You see, new terms for describing things are emerging all the time, and it’s sometimes difficult to keep up.

For example, words like default and bot are now a common part of most Fortnite player’s vocabularies.

Anyway, I hope you have found this post informative, and that you now know how to correctly use cracked to describe things.