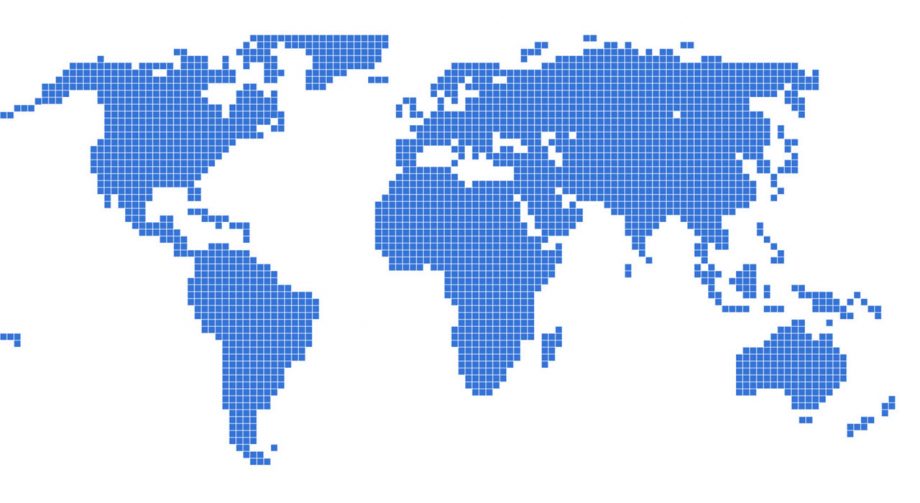 Fortnite is the most popular shooter game in the world.

And it’s the most competitive game in the world because it’s an open qualifier.

So anyone can compete, but only the best players are going to rise to the top and win.

And in this post, we’re going to explore the regions that play Fortnite and find out which one has the best players.

As a European, it makes me sad to write that North America has the best Fortnite players in the world.

And at the Fortnite World Cup, 100 of the best players from around the world competed against each other to get the Victory Royale and the chance to win $3,000,000.

Well, the top 4 players in the finals of the solo tournament were all from North America:

And aside from these 4, there are a plethora of outstanding players from North America. For example, Dubs, Saf, UnknownArmy, ZexRow, Tfue, and so on.

Of course, this is looking at North America as a whole, and not split as East (NAE) and West (NAW).

In general, Fortnite pro players from Europe aren’t as famous as their American counterparts.

But that doesn’t mean they’re any less skilled.

You see, 3 out of the top 10 players in the solo tournament at the Fortnite World Cup were European.

And in the duo tournament, the top 2 teams (and therefore the top 4 players) were all European.

In other words, North Americans may have dominated the solo tournament, but Europe came out on top in duos.

I do think the European server is more competitive, and I have some data to back this up.

Here’s the player distribution by region and device for the Fortnite Winter Royale tournament provided by ArcaneCG.

You see, the number of players competing from Europe is more than North America East (NAE) and North America West (NAW) combined.

Why does this matter?

Well, you know the best Fortnite players play on PC. Because when you play on PC you can get more FPS in Fortnite, and high FPS can actually make you a better gamer regardless of the input device you use.

Quantity does, however, mean more competition.

And that certainly implies better quality.

But, unfortunately, because the Europeans were outclassed by the North Americans at the Fortnite World Cup, they’re going to have to settle with #2.

At least for now.

You may be surprised to see South America so far up on this list.

After all, South America isn’t renowned for its superstar gamers.

They have, however, produced superstars in sports such as MMA and Soccer.

And now that the internet is available to everyone around the world and you only need a fairly basic PC to run Fortnite, we’re beginning to see players from South America pop up.

The reason they deserve the spot as #3 best Fortnite region comes back to the previous data showing the player distribution for the Winter Royale.

We see the number of players competing from the BR (Brazil and therefore South America in general) region are actually outnumbering NAW on console and are very close on PC, too.

And there were a number of players from South America that showed some very impressive gameplay at the Fortnite World Cup.

For example, k1nG from Argentina surprised everyone with his hyperaggressive gameplay and finishing 5th place in the solo tournament.

Kurtz, Leleo, and King (all from Brazil) also had impressive performances and proved they are able to keep up with the North Americans and Europeans.

For example, Starcraft and League of Legends are two of the most successful eSports titles of all time, and the South Koreans have an iron grip at the top.

And even recently in shooters such as Overwatch.

So why is South Korea so dominant in games?

Well, it can be explained by their infrastructure.

You see, in South Korea being good at games is celebrated.

Whereas in the West, gamers are seen as nerds. But I think this consensus is changing in the West, particularly as a result of Fortnite and the amount of money and celebrity status to be earned.

Anyway, it doesn’t look like Fortnite has really taken off in South Korea. At least not yet.

But there are some promising players. For example, Peterpan, Hood.J, and FaxFox, who all had good placements at the Fortnite World Cup.

And you should look out for them in any upcoming tournaments.

Shooter games have never been terribly popular in Japan.

Fighting games, however, are dominated by Japanese players and in particular gamers from Tokyo.

But Fortnite is a game that seems to transcend cultures, and it looks like Japanese gamers are warming up to Western titles.

So there are some Japanese players with very impressive skills.

For example, TAKAMURA finished 33rd in the solo finals of the Fortnite World Cup.

And RizArt is a player that I discovered recently that’s a similar level to the best of the United States and Europe.

The population in Oceania is relatively small in comparison to the other regions on this list.

So that may help to explain why they are so far down on this list.

And when we go back to the Winter Royale player distribution, you can see the number of Oceania players on PC were actually behind the number of mobile players in EU, Asia, and NAE.

This is not good for players from the Oceania region because it means there is very little competition due to the lack of players.

Of course, there were some players representing Oceania at the Fornite World Cup, but they had underwhelming placements.

China’s population is over a billion, which is the largest of any region on this list.

And gaming is hugely popular in China, too.

You see, Tencent is a Chinese company, and they are the world’s largest gaming company. Tencent also owns a minority stake in Epic Games and they partly own Fortnite.

But, despite this, Chinese gamers do not appear to have taken to Fortnite, yet.

There was just one player from China that qualified for the solo tournament at the Fortnite World Cup. Evilmare finished 54th.

However, the Battle Royale game of choice for the Chinese appears to be PlayerUnknown’s Battlegrounds (PUBG).

So we’ll see if a similar transition occurs with players moving from PUBG to Fortnite.

Fortnite servers in the Middle East arrived fairly recently, and after the Fortnite World Cup.

So we haven’t been able to see much from players in this region, at least not at an international tournament.

But since the servers were launched, we have seen a significant surge of Fortnite players representing the Middle East.

For example, in the Winter Royale player distribution that we have already looked at a few times, the Middle East players were actually greater than the Oceania players.

This shows promise for the Middle East, and they could become one of the stronger regions on the list and I’m excited to see the players that emerge from this region.

As you know, Fortnite is one of the most popular video games ever.

And this popularity is consistent across the entire world.

Fortnite is fairly young in a lot of regions.

For example, in the Middle East where the servers have only just launched.

So as long as Fortnite continues its strength over the next few years and provides support for the competitive scene, then it will be interesting to see how the region mix evolves over time.

That’s a lot of money, and it’s going to attract a lot of players and competition from across the globe.

And because Fortnite has an open qualifier, it’s the most competitive game in the world. It’s also surprisingly complicated and has one of the highest skill ceilings of any games I’ve ever played.

So I’m excited about the future of Fortnite and can’t wait to see which region turns out dominating in 2020.

Do you agree with my list? Where do you think the best Fortnite players in the world are from?