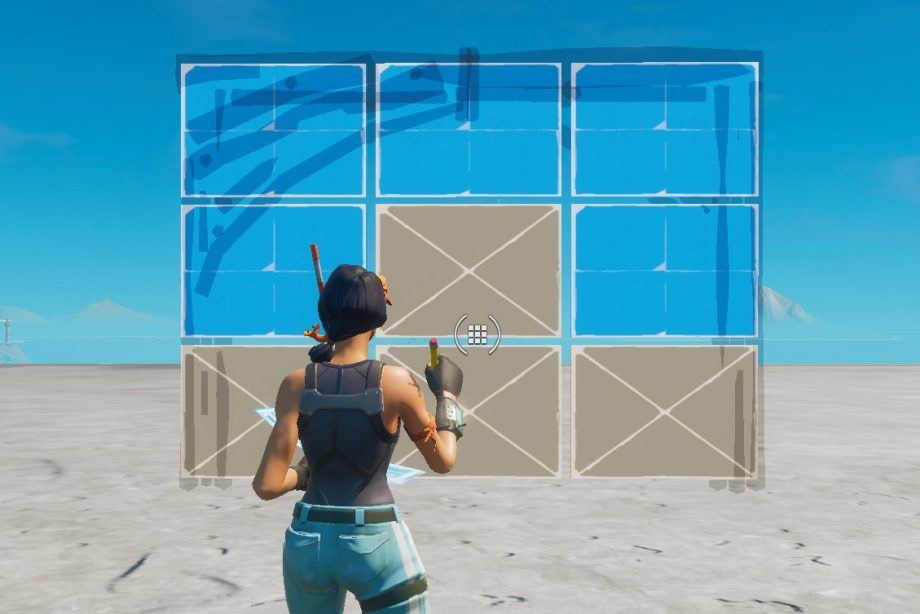 Do you want to edit faster?

Listen, a lot of new things were introduced in Fortnite Chapter 2.

And in this post I want to talk about a new setting not many players know about.

As you can tell from the title, it’s confirm edit on release and in this post I’m going to explain exactly how it works and whether you should enable it in your Fortnite settings.

Also, I’m going to discuss some of the problems it has, and comparing it to another popular method Fortnite players use to increase the speed of their edits.

How confirm edit on release works

To properly understand confirm edit on release, we must first look at how to edit the standard way:

So you see that by editing the standard way it takes 3 distinct clicks to complete.

Now when you use confirm edit on release the process is mostly the same, but with a slight change at the end:

Do you see any difference?

But instead of pressing your edit key again to confirm your edit, you only need to release your mouse button.

And it’s the same thing for controller players, except the confirmation happens when you release your right trigger.

In other words, using confirm edit on release reduces the number of clicks required to edit from 3 to 2.

In a game like Fortnite the ability to do things even a fraction of a second quicker can be the difference between winning and losing.

Oh, and there’s no delay when using confirm edit on release either (some players say there is).

Of course, the speed of your edit can be affected by a number of things. For example, if you play Fortnite with high ping it will increase your delay when editing.

And if you play Fortnite with low Frames Per Second (FPS) it will increase the input lag of your system, so your edits can feel like they take longer to process.

So getting high FPS with a high refresh monitor can be advantageous for you.

So we’ve established that confirm edit on release is faster than how you would normally edit. Because it reduces the number of clicks from 3 to 2.

That alone should be enough to convince you to enable it in your settings.

But if you’re still not convinced then read on.

For this, I’m going to assume you use your index finger to press your edit key since most players use G or F.

Now imagine you’re in a fight with an opponent and you place a wall between you. Then you start to edit and select the tile(s) you want to edit out. Here you’re effectively “holding” the edit.

Well, if you had to edit the old way you would have minimal control of your movement. In other words, you can’t press your D key to strafe right because your index finger is “reserved” to the key you use to edit.

But when you use confirm edit on release you free up your index finger to do other things. Such as the ability to strafe left and right.

And this is super useful if you have a building piece bound to a key you press with your index finger.

Of course, freeing up your index finger isn’t just useful when you’re in a box fight. It’s useful at any point in Fortnite when you need to edit.

Take tunnelling for example. Usually, you are forced to tunnel in a straight line because your index finger is reserved for editing.

But tunnelling with confirm edit on release allows you to have more control over your movement. So you can move in directions you otherwise wouldn’t be able to.

How to enable confirm edit on release

By now I’m sure you’re ready to start using this new setting in Fortnite.

But how do you enable it?

Here’s exactly what you need to do:

Is it faster than double edit keybinds?

Some players use 2 different keys for editing and press the keys using different fingers. For example, you could use F and your thumb mouse button as your edit keys.

This is known as double edit keybinds and you can learn more here.

By the way, this isn’t the same as using your scroll wheel to reset your edit, which is used by a lot of Fortnite players.

The reason for using double edit keybinds is that pressing 2 keys (with different fingers) is a lot faster than using the same key. That’s why you should have your building keys on individual fingers so you can build faster.

Double edit keybinds started to get popular when Raider464 demonstrated his super-fast editing and shared his keybinds.

Of course, double edit keybinds aren’t used by many Fortnite players. Heck, even very few pro players use it. And pro players are the ones who want to optimise their keybinds and settings the most.

The reason most players don’t use double edit keybinds is because it requires you to use 2 good keys for editing. You see, there are already so many keybinds you need to have set up in Fortnite, and players just don’t have the extra keys.

And double edit keybinds take a good amount of practice to get used to as well.

So players generally use the 1 key to edit because it’s fast enough anyway.

How does confirm edit on release compare to double edit keybinds?

Well, when using double edit keybinds you still need to press 3 keys to complete your edit, which is 1 more than when using confirm edit on release.

In my opinion, confirm edit on release is better than double edit keybinds because it doesn’t require you to dedicate 2 keys solely for editing and it’s a lot easier to start using.

The negatives of confirm edit on release

Alright, so far you’ve been reading about how good confirm edit on release is.

And I’ve failed to discuss any of its negatives. My bad. I just think this new setting is so good and I wanted the good points to be the focus of this post.

Anyway, time for the negatives.

Confirm edit on release makes certain edits where you need to release your mouse very difficult.

Wait. What edits require you to release your mouse?

Well, the edit with a door and a window, of course. To do this you would need to release your mouse, and that would confirm the edit. So you need to edit twice to complete the door with a window.

But you can work around this.

One solution is to carefully drag your mouse between the gaps in the tiles so you don’t select any. Obviously this isn’t ideal because it takes a long time (and you want your edits to be as fast as possible).

The better (and faster) way is to drag your mouse all away around the wall, so you avoid selecting any tiles. This is a little hard to describe in words, so check out this gif for a demonstration.

Anyway, the door with a window is a super rare and useless edit that I doubt you’ve ever used and will ever need to use.

Oh, and confirm edit on release is also difficult when trying to do the ‘dorito’ edit with a pyramid, too. Because you need to edit the diagonal tiles.

Again, another useless edit that’s really only for the memes. But you’re the one who wanted to know the negatives!

Besides the useless edits where you need to remove your mouse, there is actually a real game situation where confirm edit on release is worse.

You probably know there’s a trick where you can see through a pyramid when you edit out the tiles (this only works for pyramids and not other building pieces). And you can use this trick to see through your box to scout for enemies.

Well, when using confirm edit on release, you’re going to have to hold your mouse button down the entire time. Otherwise, you would complete the edit.

This is a minor inconvenience. Still, I’m sure you’ll agree that it’s worth it given all the advantages we’ve already discussed.

Confirm edit on release is an amazing setting and I think every Fortnite player should be using it.

I truly believe this is one of the best settings Fortnite has introduced and it’s going to dramatically improve the gameplay and edit speed of anyone that uses it.

Hopefully that’s you after reading this.

Players have been asking for a confirm edit on release setting for a while. And I expected it to function by releasing the edit key (rather than the mouse button).

But I actually like the way it currently works and it’s going to make it easier for controller players, too.

You can expect many Fortnite pro players to start enabling confirm edit on release in their settings (many already are) because it’s so good. So if you don’t want to get left behind then go into your settings and enable it now.

Of course, it’s going to take some time to get used to. That’s just the nature of learning anything new.

And you’re just going to have to trust me when I say it will be worth it.

Thank you for reading this post. I probably didn’t need to drag this post on as long as I have. Believe me, it wasn’t my intention.

But I feel really passionate about this setting and I wanted to drive home the point of how good confirm edit on release edit is so you will start using it.

Anyway, enough for me. It’s time for you to start playing Fortnite with confirm edit on release enabled.

Leave a comment down below once you’ve started using it and let me know how much faster your edits feel.

P.S. My sincere apologies for a lack of photos in this post. I’m not at home on my gaming PC, so I don’t have access to Fortnite to get any screenshots. I hope for now my words paint a clear enough picture. You can be certain I’ll update this post with pretty pictures as soon for you as soon as possible 🙂