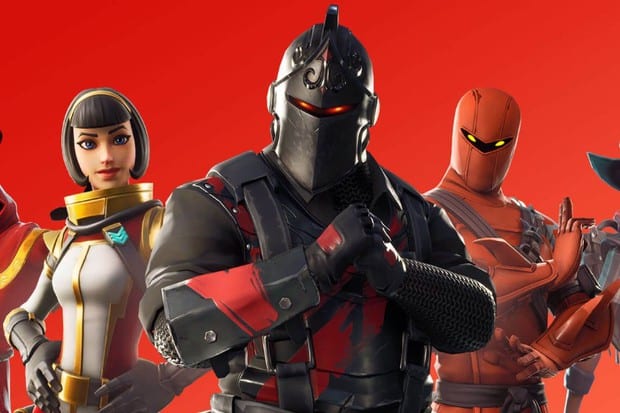 But, as they did for the release of Chapter 2, there are no patch notes.

In this post, you’ll find a quick roundup of the biggest changes in the v11.01 update.

Massive increase to the amount of XP you earn

The Fortnite Chapter 2 Battle Pass was advertised as being more fun and less grind.

But that wasn’t exactly true.

Some players did the math and discovered it would take you roughly 700 games (averaging 5,000 XP a game) as well as completing all the weekly challenges and completing your medal punchcard to reach Tier 100.

In addition to the boost to medal XP, Fortnite will also triple the amount of XP you earn for completing each weekly challenge. So from 14,000 XP a challenge to 52,000 XP.

But the additional XP for weekly challenges hasn’t gone live, yet. If you’ve already completed some challenges, you can expect to receive the difference in XP when they do go live.

And as a final boost, the XP you earn from doing simple thing in-game such as opening chests or loot boxes, getting eliminations or assists, reviving players has had an increase as well.

So it looks like Epic Games are truly living up to the promise of the Fortnite Chapter 2 Battle Pass being less of a grind after all.

Since the start of Fortnite Chapter 2 players on PC have been experiencing worse Frames Per Second (FPS) than usual.

The real problem was how your FPS would regularly drop to very low numbers throughout the game. Otherwise known as stuttering or hitching.

This meant playing Fortnite was pretty much unbearable for a lot of players.

Now, with this recent update, it looks like performance has dramatically improved. So it’s back to the levels pre-Chapter 2.

And I think there are further optimizations to come. You see, the reports of PC FPS issues on the Fortnite Trello board has had its label updated to orange, meaning its investigating/in-development.

Do you want to improve your FPS in Fortnite even more? Read this guide.

There were a few annoying bugs that were in Fortnite Chapter 2.

And looking at the Fortnite Trello board we can see the following fixes have gone live in v11.01:

But there are a bunch of other Fortnite Battle Royale top issues that are being investigated/in-development. So hopefully those get fixed soon, too.

And Fortnite has re-released the Skull Squat set with an additional style for Skull Trooper. And the new Grinning Ghoul Back Bling.

It looks like they added additional styles for other Halloween skins, too. For example, the Brainiac skin.

And there are rumours of the Ghoul Trooper skin returning because of some leaks. Do you think Fortnite is going to bring this rare skin back to the item shop?

In summary, this is a great patch. The improvements to performance alone makes me super happy and want to play Fortnite even more.

And the buffs to XP gain make a lot of sense, too.

Still, I find it strange that Epic Games aren’t releasing Patch Notes for Fortnite Chapter 2. And I don’t really like it because it feels like they’re hiding things from us.

Actually, they did provide some updates to Save the World with the introduction of Beats of the Week.

But I can’t figure out the reason why Fortnite are hiding the Battle Royale changes from us. Did they fire whoever wrote the patch notes? Or did not enough people read the updates?

I guess as long as the updates continue in the positive direction (with patch notes or not) then there’s not anything to complain about.

And it gives me something to write about 🙂

Anyway, that wraps up all the major changes from this Fortnite update.