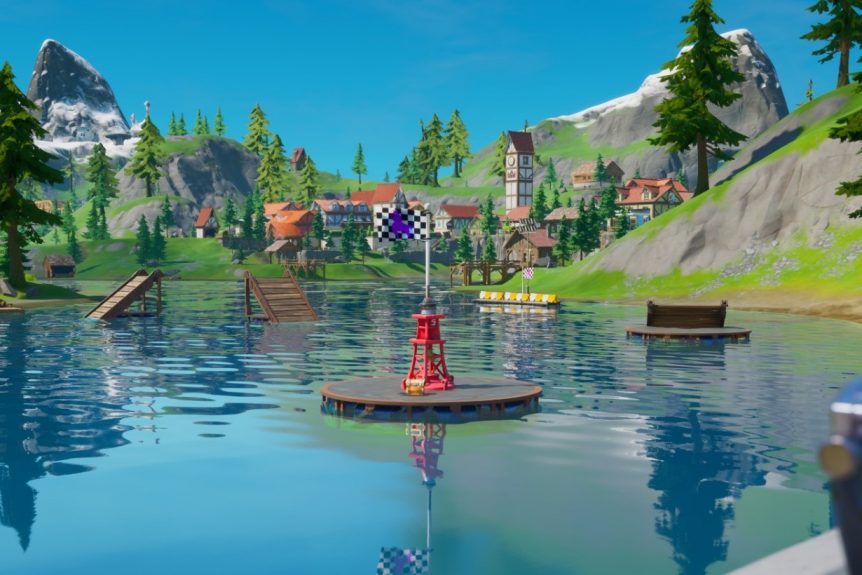 Ray tracing is available in Fortnite for PC players.

So you can see Fortnite in a new light.

But what exactly is ray tracing?

Not just any PC can enable ray tracing in Fortnite.

Your system needs to meet the following minimum system requirements.

And here are the recommended system requirements.

So even if you meet the minimum system requirements and can enable ray tracing in Fortnite, you may struggle to get a decent frame rate.

The recommended system requirements include powerful and expensive components that most players cannot afford.

How to turn on ray tracing in Fortnite

If your system meets the requirements, follow these steps to turn on ray tracing.

Nvidia has put together a special map in Creative mode to showcase the possibilities of ray tracing in Fortnite, RTX Treasure Run. Explore a grand RTX museum highlighting four ray traced effects as you search for hidden treasures.

In addition to the map, Nvidia are hosting a contest and you could win an Nvidia GeForce RTX 3090 or 3080 graphics card.

To enter the contest, share your gameplay or an RTX screenshot on social media and tag @NvidiaGeForce with the hashtags #FortniteRTX and #UltimatePlay for a chance to win an Nvidia GeForce RTX 3090 or 3080 graphics card.

All entries must be received no later than October 17th at 5:00PM Pacific Daylight Time.

The full set of rules are here.

Should you use Ray Tracing in Fortnite?

Now that we have covered what ray tracing is and how to enable it, let’s talk about whether you should even use it.

If you’re a competitive Fortnite player and you want the highest frames per second possible, then you will NOT want to use ray tracing.

You see, turning on ray tracing will dramatically reduce your FPS, even if you have a very powerful PC. For example, when Bugha was showcasing ray tracing on the RTX treasure run map, his FPS was dropping to less than 100.

Chances are your PC isn’t as good as Bugha’s so you will get even lower FPS if you turn on ray tracing in Fortnite.

Listen, even if you’re a casual Fortnite player, your FPS matters a lot because Fortnite is a fast-paced shooter game. More frames leads to smoother animations and reduced system latency, which can enable you to actually play better.

You’ll want to have at least a steady 60 FPS (ideally more if you have a higher refresh monitor) when you play Fortnite. Otherwise, your game can begin to look choppy.

With that being said, if you only care about having the best possible graphics setting and you have a PC that meets the recommended system requirements, then you may want to use ray tracing in Fortnite.

But I think most players are going to want to keep it off to get better FPS.

Ray tracing is an interesting feature that adds a new dimension of realism to the visuals in Fortnite.

However, I’m not going to use ray tracing. Instead, I’m going to keep my settings on low to maximize my FPS.

I use a high refresh monitor and I want to get the most FPS. I don’t really mind how my game looks, as long as the graphics are of reasonable quality.

Also, my current PC barely meets the minimum system requirements. I use an Nvidia GeForce RTX 2060 graphics card and an AMD Ryzen 5 2600 CPU. So my performance suffers too much when I use ray tracing.

But if you have an awesome set up consisting of a powerful graphics card, the best CPU, and you can consistently get 60 FPS when using ray tracing, then go ahead and turn it on.

Are you going to be enabling ray tracing in Fortnite?