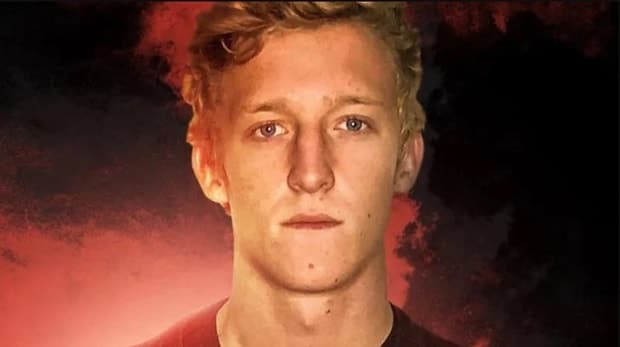 Turner “Tfue” Tenner is one of the most popular and best Fortnite players in the World.

Here I am going to analyze his keybinds and settings so you can learn from them.

Let’s start with the keybinds Tfue uses for building:

Now I am going to break this down.

Listen, Tfue has his 3 main building pieces bound to C, E, and Q.

Tfue uses the FinalMouse Ultralight Pro and I’ll go into more detail about that in just a minute. For now, though, let’s continue looking at his keybinds.

Because Tfue uses a different finger to press each of his building keybinds, he can build very fast. Moreover, he uses keys that are close to the WASD keys for movement, so they’re easy to press.

When your building keys are bound to individual fingers—like Tfue—then you will be able to build much faster. But only if you have good coordination with your thumb.

Otherwise, you’d be hitting your E and C keys using your first (index) finger. And, as you know, using the same finger for two keybinds is not as fast as when you use 2 different fingers.

You see Tfue has every item in his inventory bound to his number keys. From number 1 through to 6.

You could use these for your own Fortnite keybinds. But only if your hands are big enough to comfortably reach the number 6 key.

And if you have good enough coordination and finger dexterity to press any of your number keys in a moments notice.

I only use the numbers 1, 3, 4 and 5 on my keyboard for my weapon keybinds. Because my hands are small and 5 is as far as I can reach. And I find the number 2 awkward to press while holding the W key.

Listen—because Tfue uses his number keys to swap between the items in his Fortnite inventory, he frees up a lot of other valuable keys for other things like editing and traps.

Do you want to know what they are?

Tfue edits with his V key

A lot of pro players and streamers like to use F as their edit key, which you can press easily with your first (index) finger.

Because Tfue uses his thumb to do so many things, he doesn’t jump as often.

Here’s what I think: New Fortnite players jump too much! They watch too many streamers (like Ninja) and watch them jumping a lot and then copy that playstyle.

But they don’t focus on hitting their shots. So what ends up happening when 2 new players are in a gunfight is they are both jumping around and miss every shot.

Because they panic and don’t focus on hitting their shots. Anyway, that’s just one reason why I think some peoples aim in Fortnite isn’t as good as it could be.

So if you have good coordination with your thumb, and you jump too much, then try using your thumb more in your keybinds like Tfue.

Tfue’s trap is bound to his mouse button

As you know, Tfue’s keybinds aren’t like most other Fortnite players.

You see, a lot of players (myself included) like to have 2 building keys bound to the thumb mouse buttons. For example, wall and stairs.

But not Tfue. Again, he uses something different because he saves a lot of good keys by using the numbers 1-6 for his inventory.

So, he can use another thumb button on his mouse for getting easy trap kills.

Listen, most players have trap bound to a key that’s hard to press and they don’t get as many trap keys as a result.

Are you starting to see a trend in Tfue’s keybinds?

He has all of the important things in Fortnite bound to good keys. In other words his:

Are all bound to something that Tfue can press easily. And that’s one of the reasons why Tfue is one of the best Fortnite players in the world.

The rest of Tfue’s keybinds

Now that you know what Tfue uses for his most important keybinds.

Let’s quickly cover his misc. keybinds and then move onto his mouse, sensitivity and setup.

Tfue has changed the default crouch key from left ctrl to left shift.

Left shift is much easier to press than ctrl because it’s closer to the WASD keys for movement. So it makes sense why Tfue would want to do that. Because crouching is useful for reducing the size of your crosshair, moving unpredictably and ghost peeking.

His use key is F. Use isn’t a very important key, but it’s still nice to have it bound to a good key like F. So you can win chest opening battles and pick up items quick and so on.

Repair is bound to a good key, too. A lot of players overlook the repair key. But not Tfue. Of course, he has thought of everything.

Tfue’s inventory is changed from I to TAB to allow for easy inventory management.

The only default keys Tfue has is his reload and rotate building keys are bound to R.

What mouse does Tfue use?

Which is an interesting choice because most Fortnite pro players use the Air58 Ninja. I know Tfue has used the Air58 Ninja before. But, perhaps, he prefers the Ultralight Pro.

Here are the specifications for the Ultralight Pro:

So, it’s quite a large mouse.

It has an ambidextrous shape which will suit most grip types. And a top optical sensor, so you don’t have to worry about problems when tracking enemies.

The most notable feature of the Ultralight Pro is it’s weight. At just 71 grams it’s one of the lightest gaming mice available.

Another thing that’s worth mentioning is the mouse cable. The Ultralight Pro uses the Phantom Cable. Which is a light and flexible cable that feels almost wireless.

But good luck trying to get your hands on this mouse. FinalMouse products are known to sell out quickly.

You can check the availability of the Ultralight Pro on the official FinalMouse website.

And that’s perhaps why his aim is so accurate.

Tfue’s eDPI (effective DPI) is 40. Which is very low, even for a Fortnite pro player.

eDPI is calculated by multiplying your Mouse DPI by your Mouse Sensitivity X in Fortnite.

The average Mouse Targeting Sensitivity for Fortnite pro players is 0.714. So Tfue is very close to the average.

But Tfue uses a lower Mouse Scope Sensitivity, 0.550. Which is how sensitive your aim is when you use scoped weapons like a sniper rifle. So Tfue’s scope aim speed will be roughly half his usual sensitivity.

The average Mouse Scope Sensitivity is 0.707. And Tfue is quite a bit under average here.

Do you want to learn how to find your perfect Fortnite sensitivity? Then read this.

Because Tfue is one of the best Fortnite players in the world.

And one of the most popular streamers.

It should come as no surprise that Tfue has an amazing PC.

How to describe this PC in 1 word?

Video games today are using more cores, but I don’t expect we will see 18 cores used in video games for at least a few more years.

The GTX 1080 Ti isn’t the latest generation of NVIDIA GPUs, however, it is still a great graphics card in 2019. Tfue has 2 of them which has minimal effect on gaming performance. But he is just flexing on us at this point.

The Intel Optane 905p is an exceptional storage drive that will give you lightning fast speeds. But, again, it is very expensive.

Having a 2 PC set up enables Tfue play Fortnite with the highest possible FPS. And stream in high quality so his viewers have the best experience.

The Intel Core i9-9900k is an incredibly powerful CPU and most players would be happy to have this as their gaming PC CPU.

The GTX 1060 is a mid-range graphics card from the last generation NVIDIA release. But it’s more than capable of playing Fortnite at 60+ FPS on high settings.

Because Tfue wants to get the most FPS possible when playing Fortnite, he turns most of his video settings to low or off.

Now, of course, Tfue has a very powerful PC that is more than capable of playing Fortnite at the highest settings.

But Tfue is a competitive player. So he cares more about performance and getting an in-game advantage than he does about good graphics.

VSync means Vertical Sync and it helps your graphics card match the refresh rate of your monitor. But it can lower your FPS and increase your input lag. So it’s turned off.

Motion blur can cause motion sickness so that’s turned off, too. I don’t know why you would want this on.

Show FPS is on so Tfue can see if his FPS ever drops. Because his PC is so powerful, it’s unlikely to drop below 100 even in the most graphically intense situations.

Allow multithreaded rendering helps Fortnite run better on CPUs with a high number of cores. As you know, Tfue has a CPU with 18 cores, so it’s turned on.

Do you want to know how you can get the most FPS when playing Fortnite? Read this.

Here are the rest of Tfue’s settings:

Deuteranope lets you see enemies through the storm easier.

And Tfue wants to get every advantage possible.

His HUD scale is 0.80 which is a little less than the default (which is 1). This is to help remove any unneeded distractions from the screen. So Tfue can concentrate on playing the game.

You want your brightness set at something where you can see enemies, even in dark areas of the map. Strangely, Tfue’s brightness is 0.25.

The default is 0.50 and, in general, 0.50 is too dark for most people. So, my guess is that Tfue has changed his monitor settings or the settings in the NVIDIA control panel.

That just about covers everything related to Tfue and his Fortnite settings and keybinds and so on.

But Tfue’s history goes further back than Fortnite. You see, he was first known on Twitch for playing Z1 Battle Royale as a pro player for Denial Esports.

And then he played PlayerUnknown’s Battlegrounds as a pro player for Rogue.

So, Tfue has been playing video games for a very long time and, in particular, Battle Royale games. And that’s why he’s one of the best Fortnite players in the world today.

Is there anything I missed? Or anything else you want to know about Tfue?

Let me know in the comments and I’ll reply to you.