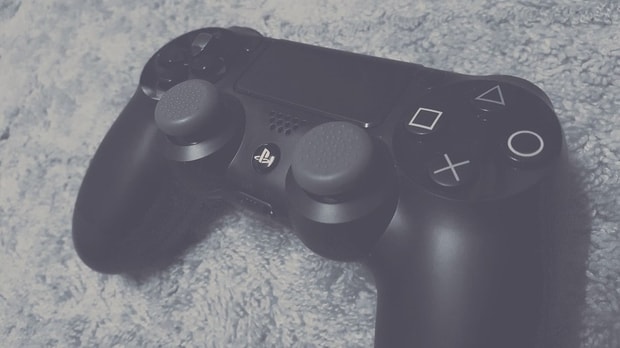 What is aim assist?

Aim assist is a mechanism that helps controller players aim when playing Fortnite by making moving targets easier to track.

You can think of aim assist like a magnet that “pulls” your crosshair toward the player you’re aiming at.

Aim assist can be turned on or off within the Fortnite settings. It is enabled by default. Aim assist works regardless of whether you aim down sites (ADS) or hip fire your weapon.

But aim assist is not the same as an aimbot. You need a high level of skill to aim well with a controller, even with aim assist.

Moreover, aim assist doesn’t help with building, positioning or editing. And these are all very important elements of Fortnite.

Recently there has been a lot of debate within the Fortnite community about aim assist. With high profile players often expressing their opinions and complaints about the mechanism.

But is aim assist overpowered?

Well, I’ve been playing video games for more than 17 years. And I’ve played shooters competitively on a console and a PC.

Also, I have experience playing Fortnite on a console and a PC. So I think I’m fairly well equipped to discuss this topic in detail while taking both sides of the argument into account.

Do you want to learn more?

Why do controller players have aim assist?

First, let’s discuss why controller players even have aim assist in the first place.

Well, controller players only have these tiny sticks (called thumbsticks) to aim with.

The movement of the thumbsticks is, of course, very limited. Because you are restricted by the range of motion of your thumb and of the sticks themselves.

So it’s very difficult to aim precisely when you use a controller because of this small range of movement.

And that’s why controller players need aim assist, to compensate for their poor hardware.

It would be a difficult and frustrating experience to try and aim well without aim assist. Fewer controller players would play shooters in general if it didn’t exist.

Have you ever tried to track your teammate’s movements? It’s incredibly difficult (you could say impossible). Because aim assist doesn’t work when you aim at teammates.

The mouse vs the controller

On the other hand, we have PC players that use a mouse.

And it seems like a good time to compare the two.

When you use a mouse you have the entire arc of your arm to aim with. As well as the ability to make finer adjustments using your wrist or fingertips.

The only real limit is desk space (as well as the length of your arm, I suppose).

So, obviously, a mouse is far more precise than a controller. Especially if you play with using low Fortnite sensitivity because you have more surface area to move.

The speed in which your crosshair moves is governed by how fast you can move your mouse. In other words, it’s possible to turn around and snap onto targets very fast when you use a mouse.

Furthermore, mouse players have greater choice in their hardware. There are thousands of mice available from many manufacturers.

So you can get a mouse that is specific to your hand size and even has additional features like side buttons and so on.

Controller players, however, are stuck using the default controller that comes with the console. Yes, there are custom SCUF controllers with added paddles. But they are quite pricey and the size cannot be customized, either.

Finally, mouse players have the choice to use their scroll wheel in Fortnite to instantly reset edits.

The keyboard vs the controller

Now that we have looked at the mouse vs the controller, it makes sense to look at the other hardware available to PC players: The keyboard.

One big difference between the keyboard and controller in video games is how you move your character.

Which is why controllers are typically preferred for certain types of games like RPGs, driving games and sports games.

But we’re not concerned with those types of games today. We are only interested in shooters and, in particular, Fortnite.

A keyboard lets you have better control over your movements in the horizontal plane. In other words, when you move left and right.

Which is useful in shooters because you need to be strafing in order to avoid damage. Of course, you can strafe fairly well with a controller, too.

So it’s not obvious who is the winner when we are considering movement.

But let’s look at something else that is more specific to Fortnite: Your keybinds and building.

As you know, a keyboard has many more keys than a controller. So there is more flexibility and choice when choosing your keybinds.

Moreover, keyboard players are able to instantly switch to any building piece or weapon. Regardless of what was already equipped.

Controller players, however, must cycle through weapons to get to the desired one. And press a button to go into building mode before being able to build.

Why are we even having this debate?

We have just concluded that both a mouse and keyboard, when considered in isolation, are superior to a controller.

So it’s logical that the two together are superior as well.

And this isn’t new information, either.

It has been generally agreed upon for many years that PC players are at an advantage against controller players. Otherwise, the PC Master Race wouldn’t exist.

And there are many good reasons why this is true. For example, the hardware available to PC players is better so you can get more FPS when playing Fortnite and a high FPS is a competitive advantage.

But also because the hardware (keyboard and mouse) is simply better.

So what’s going on? Why are so many Fortnite players arguing about this?

This tweet was written during one of the Fortnite World Cup qualifier weekends. And, I suspect, Tfue was getting killed by controller players.

By the way, PC players do, in fact, have an option for aim assist. You just have to play using a controller.

It could be a good idea to group console players into their own lobbies. Because that would give PS4 and Xbox players more of a chance to qualify.

You see, no console player has yet qualified for the Fortnite World Cup. Since they are at a disadvantage because of the weak hardware.

But it doesn’t look like Epic Games want to take Fortnite in that direction. And they would rather have everyone play and compete against each other.

The problem with aim assist in Fortnite

First, the aim assist in Fortnite is stronger than it is in other games.

And I can say that with confidence because of the number of console shooters I’ve played.

But the issue is not because of the strength of aim assist in general.

The real problem is how players can abuse L2/LT spam to achieve accurate aim in Fortnite with little effort.

L2/LT is how you aim down sites (ADS) on a controller. And controller players discovered that by constantly aiming in and out you could “reset” the aim assist and “snap-to” enemies indefinitely.

Epic Games attempted to fix L2/LT spam by introducing adjustments in patch v7.40. In this patch, they added a time delay to the aim assist feature when using L2/LT.

But the problem was the delay could last up to 5 seconds.

As you know, 5 seconds in Fortnite is a long time. And there were numerous complaints throughout the Fortnite community and the change was reverted on the same day.

The next problem with aim assist is that its strength appears to be largely dependent on the amount of FPS you have. As demonstrated by UpshallGames.

In other words, the more FPS you have, the better your aim assist will be.

Now, this creates further problems. Because how do you balance aim assist for controller players across consoles and PCs?

I don’t know. And I don’t think Epic Games do, either.

Let’s think about this logically, for a moment.

If aim assist were really overpowered, wouldn’t all the best Fortnite players use a controller?

And wouldn’t the majority of Fortnite World Cup qualified players use a controller, too?

No one pro player would consider switching from a keyboard and mouse to something that’s objectively worse: The controller.

What do you think, is aim assist overpowered?

Let me know in the comments!