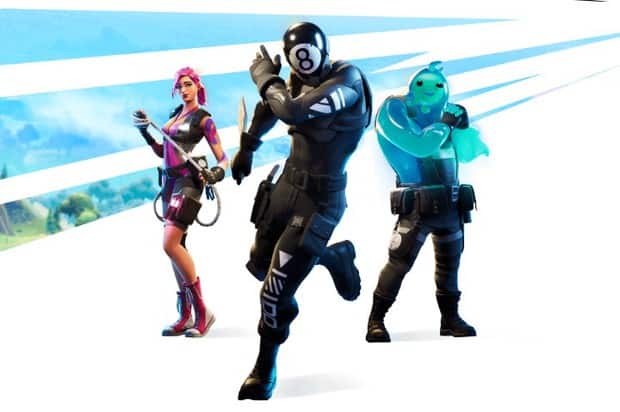 Lots of things are new in Fortnite Chapter 2.

As well as a whole new Battle Pass, of course.

But what’s really different about this Battle Pass is how you level it up.

Confusing? That’s because it was. It gets even worse because you had a separate season level that would increase as you earned experience (XP). And you would earn Battle Pass stars as your season level increased.

Thankfully, things are much simpler now.

And Fortnite has introduced more interesting ways to earn XP to make the Battle Pass feel, in their words, ‘less of a grind’.

In this post, we’ll be taking an in-depth look at the Chapter 2 Battle Pass, including whether or not it is really less of a grind.

And I’ll be showing you some easy ways to level it up and reach tier 100 easily. So make sure you read this whole post. OK?

What is the Battle Pass?

If you’re already familiar with the Fortnite Battle Pass, then feel free to skip ahead. Because this is going to cover the simple things that first-time buyers might not understand.

Anyway, the Battle Pass is a way for you to earn over 100 rewards. Including skins, dances, weapon wraps, gliders, loading screens, and so on.

Every item in the Battle Pass is exclusive. In other words, you can’t buy it from the Fortnite item shop and you won’t be able to get them again once the season is over.

The Battle Pass costs 950 V-Bucks but it is definitely worth it because you can earn up to 1,500 V-Bucks for free if you progress far enough. This is enough to cover the cost of the Battle Pass for next season and have some V-Bucks left over to spend how you want.

Of course, you’ll only get the full 1,500 V-Bucks when you progress far enough in your Battle Pass.

And that’s what I’m going to help you with now.

How to earn XP in Fortnite Chapter 2

As you know, the only way to progress in the Battle Pass this season (or chapter) is by earning XP.

And if you’ve played even one game of Fortnite since the new update, then you’ll know how easy it is to earn XP now. Because you earn XP from doing just about anything. From opening chests and loot boxes, fishing, and hitting weak points when farming for material.

But besides the common things you do in-game, there are 2 main ways to earn even more XP:

So it’s really important you make the most of these 2 ways to earn the most XP possible and get your Battle Pass to Tier 100 to unlock everything.

Is the Chapter 2 Battle Pass really less of a grind?

Epic Games have advertised this Battle Pass as ‘less grind and more fun’.

And that’s because you can earn XP in many different ways.

But is that statement true?

Well, the Fortnite community were up in arms and saying the Battle Pass was actually a huge grind, more so than the previous seasons.

The reason for this was because of a tweet that calculated you would need 8,000,000 XP to reach Tier 100 in the Battle Pass. And even if you completed all the challenges and collected every medal, you would still need to play over 1,000 games in the season.

Given the season lasts less than 60 days, this would be impossible for most players.

Now the calculations for the tweet were a bit off because they were using an average of 5,000 XP a match. When in reality it’s quite a bit higher.

Here’s the thing though, Epic listened.

And in patch V11.01 Epic increased the amount of XP you earn from medals in Fortnite.

In other words, Fortnite quadrupled the amount of XP you can earn from medals.

Anyway, the amount of XP you earn from medals is now significant. So getting your medals each day is going to be of high importance if you want to get your Battle Pass to tier 100.

Now let me tell you how I plan to make the most from the bonus XP to medals. And how you can copy me.

My plan to level up the Battle Pass to tier 100

Between working a full-time job, managing a relationship and running this website, I have very little time to play Fortnite.

In fact, for most of the week, I’m not even at home to play Fortnite on my gaming PC (like right now, for example).

But, despite this, I have a plan to get my Battle Pass to Tier 100. Because I want the 1,500 V-Bucks and I’m a nerd that likes to collect Fortnite skins, especially exclusive ones that will be rare in the future.

Listen, to earn the max amount of XP you need to play Fortnite every day. This is so you can take advantage of the medal punchcard that resets every 24 hours.

And how am I going to play Fortnite every day when I’m not at my PC?

The answer is simple: I’m going to use my phone.

You see, I have an iPhone 6S (an older model but it’s still enough to run Fortnite).

Of course, I have no intention of actually “playing” Fortnite on my phone. Because, let’s face it, playing on a tiny mobile screen doesn’t compare to the high frames per second experience a good quality gaming PC can provide.

But I have every intention of leveraging my mobile to earn XP passively. Let me explain.

How to earn XP without really playing

There are 2 medals in particular that I’m interested in.

The first is the First Match medal that you unlock from completing your first match of the day.

The second medal is the Survivor Medal, and it’s the medal we’re going to focus a bit more on here.

You unlock the Survivor Medal for outlasting opponents. Specifically, you need to be one of the 50 remaining players to unlock the bronze medal. The silver unlocks at 25 and the gold at 10.

Here is my method for getting a high-placement game, every game, using just my mobile and a few minutes of set up:

That’s it. Now you can just chill there and wait as the other players in your game kill each other. And you get a high placement and earn XP for doing very little.

This works because when you land in the centre of the first circle, you have a high chance of the second circle forming around you. And, if you’re lucky, the third and even fourth circles could form around you, too.

Also, by landing in a tree you make it unlikely for anyone to find you. Why would anyone ever look in a tree?

Of course, the tree you land in could get chopped down. But this is unlikely.

Now, with the new medal system and bonus XP for surviving, I’m confident when you follow these steps every day you will earn a bunch of XP.

But since upgrading your medals doesn’t grant you a great deal of XP (at least, nowhere near as much as actually obtaining the medal) you don’t really need to survive very long. Only until the top 50 remaining players.

You could be in the top 50 remaining players before you’ve even hit the ground after jumping from the Battle Bus if you deploy your umbrella right away.

In fact, I would recommend you try to die and start a new game immediately after getting to the top 50 and unlocking the Survivor Medal. So you can get into a new game and start the process over again quickly and unlock the most XP possible.

I understand this method may seem obvious to many of you reading. And it’s probably not very helpful since you can complete the medals organically by playing Fortnite normally.

But if this helps even one person reading help level up their Battle Pass and reach Tier 100, when they otherwise wouldn’t have, then I’ll be happy.

Of course, you’re going to have to complete the weekly challenges as well, if you want to get the most XP.

How to easily complete weekly challenges

So, you’re going to have to at least complete some challenges to get your Battle Pass to Tier 100. Even if you’ve been very good and collecting your medals every day.

Fortunately, weekly challenges are no longer limited-time challenges. In other words, you can complete them when you want.

And you could even leave them all until the end of the season and complete them all then if you wanted to.

Anyway, here are 3 things that should help make completing the weekly challenges a little easier for you:

Well, that’s about everything I have to say about the Fortnite Chapter 2 Battle Pass.

I hope you’ve found something of use from reading this article. And if you have any questions, or you require any further information then leave a comment down below and I’ll try to help you out.

For now, it’s time you go and collect your daily medals to make the most of that bonus XP.

At least, that’s what I’m going to be doing 🙂